Scoresby Sund, named after the British whaler, explorer and cartographer William Scoresby who surveyed this part of the East Greenland coast on his last Arctic voyage in 1822, is the largest fjord system on Earth, covering more than 50.000 square kilometres of rock, sea and ice. This vast fjord landscape characterised by sheltered waters, a diverse geology with high mountains and deeply-cut valleys, as well as abundant glaciers and the massive icebergs they calve, offers astonishingly beautiful Arctic scenery. In August, autumn approaches, bathing the landscape in beautifully soft light and painting the sparse vegetation with bright colours. This is the best time of the year to explore Scoresby Sund by sea, both in terms of the sheer beauty of the Arctic environment in late summer and early autumn, and for very practical reasons: the ice covering the fjords only begins breaking up in early July, a massive belt of drift ice carried south by the East Greenland current bars access to the coast until late July, and the frigid fjords begin to freeze again in mid-September, chilled by the cold nights growing longer very rapidly by then.

You will be flying to the airfield at Constable Point from Iceland, where you will join Ezra. Our first stop will be the tiny settlement of Ittoqqortoormiit near the mouth of Scoresby Sund. This village of Inuit hunting families is our point of departure into the interior of the fjord system. During our ten-day voyages, we will be circumnavigating the mountainous Island of Milne Land, exploring the surrounding fjords and glacier valleys. The landscape and the geology varies considerably along our route. Particular highlights are Rødefjord on the East side of Milne Land with its stunning red sandstone formations after which it has been named, and the spectacular iceberg graveyard near the small island of Røde Ø. Another gem along our route are the Bjørne Øer or Bear Islands northeast of Milne Land. Their steep cliffs and sheltered, shallow bays invite us to explore the area by Zodiac, on foot, and we may even enjoy a barbecue on shore on a long Arctic evening. If we’re lucky, we might catch a glimpse of the aurora borealis during our last voyage.

Depending on ice and weather conditions, our 13-day voyage may allow us to leave Scoresby Sund, exploring the rugged coastlines of Liverpool Land, and the varied landscapes of Carlsberg, Nathorst and Fleming Fjords, perhaps even reaching as far North as Davy Sund and Kong Oscar Fjord. 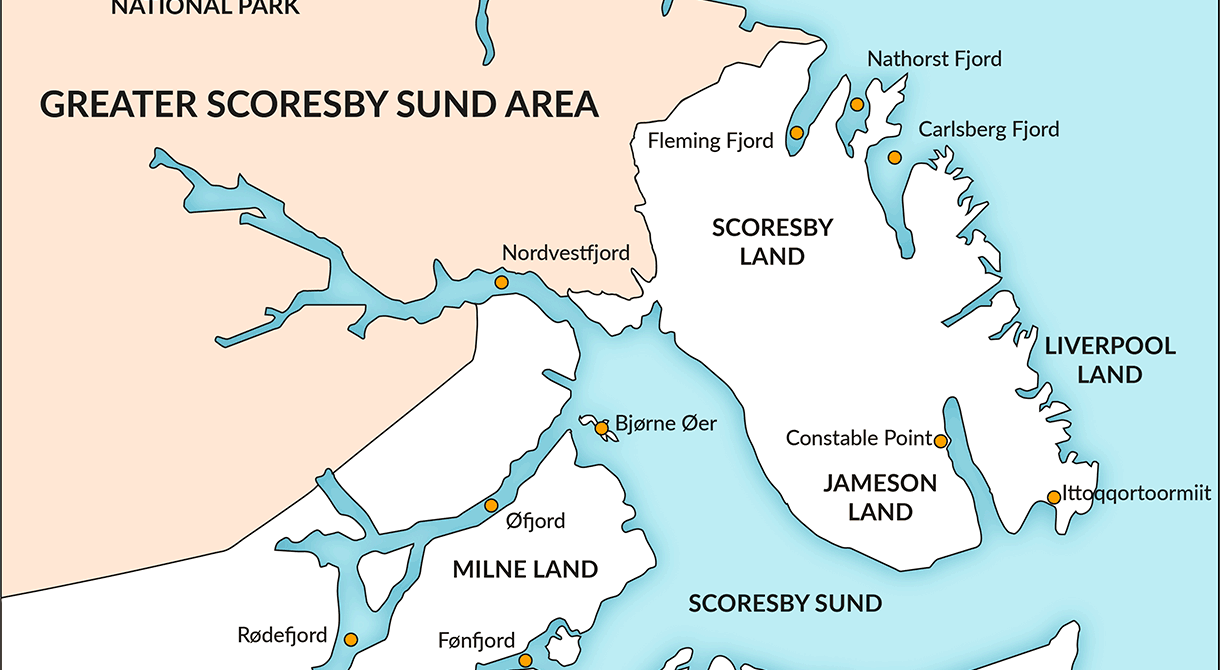 If the conditions require us to stay in Scoresby Sund, we will follow a similar route as on our shorter voyages, additionally exploring the snowy shores of the Volquart Boons Kyst as well as the often iceberg laden Gåsefjord and Nordvestfjord. Either way, you will be certain to enjoy the Arctic environment at its best and to bring home memories that will last you a lifetime.

From early August to early September 2020, we will be based on the East Coast of Greenland and will be offering the following voyages in the Greater Scoresby Sund area for you to choose from:

What you need to bring:

Are you interested in joining one of our voyages? Then we would love to hear from you! Please send us a message by using the form below, indicating the particular voyage(s) you are interested in. We’re more than happy to answer any questions you may have. If you prefer us to call you, please leave your phone number and indicate a convenient time for one of our team members to call you back.

Due to the ongoing COVID-19 pandemic, we have decided to cancel all of our voyages for the time being. We are using this down-time as an opportunity to make some exciting changes, so please check back soon to find out more! In the meantime, we wish you all good health and look forward to welcoming you aboard once this is all over…